No Result
View All Result
Home All Sapphire

by David
in All Sapphire
0

Sapphire has become renowned as by far the best gemstone for an engagement ring, and this trend does not differ for celebrities. Initially, the exquisite blue gem became famous as a gift because it is a stone that Royals all over the world have preferred over the diamond since marriage between two people began, even the name “Royal Blue Sapphire” refers to the blue hue sought after by Royal families across Europe for the fine jewelry & today with celebrities as well.

However, legend says that gifting a sapphire engagement ring was first started back in 410BC when in England recently an old sapphire ring was unearthed that dates back to Saxon times with the origin of the sapphire recorded as Ceylon with a smooth oval cut in yellow gold. 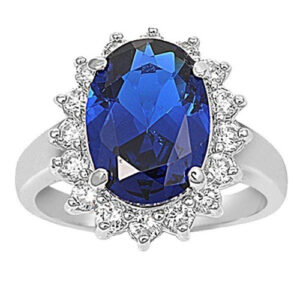 The History of Sapphire Engagement Rings Among The Royal Families

Many Royals from different countries have worn sapphire as engagement rings, but these three
examples stand out as the most famous.

Napoleon didn’t have much money when he was ready to propose to Josephine. He gathered all the money he could to buy his bride to be a beautiful sapphire and diamond ring on a gold band. In a style called “you and me, the stones are only 1 carat apiece, but the price of history is outstanding. The ring was auctioned in 2013 for close to one million dollars.

This is by far the most famous engagement ring of them all. The 18 karat diamond and sapphire piece was purchased in 1981 by Prince Charles from Garrads of London and since then has continued to rise in value. Charles, Prince of Wales proposed to Lady Diana Spencer in February of 1981. presenting her with an oval-shaped blue sapphire surrounded by a halo of solitaire round brilliant cut diamonds on a white gold band. Prince William, Duke of Cambridge, made it even more famous when he proposed to Kate Middleton in the year 2010 with his mother’s ring.keeping the memory of the beloved Princess Diana alive through the ring,s stunning beauty, and symbolic meaning. Talk about timeless! 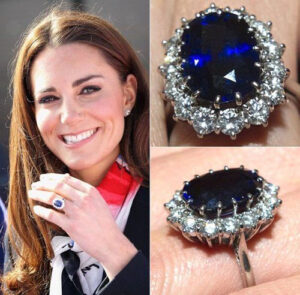 Duchess of Cambridge Catherine, the former Kate Middleton, wears probably the most famous sapphire engagement of all time as well as being one of the most valuable. This ring that graces the finger of the features Duchess of Cambridge boasts a vibrant oval sapphire, weighing in at a whopping 12 carat, and was previously owned by the woman who would have been her mother-in-law, the late Princess Diana.A gesture of love and kindness that would bring anybody to tears. Twelve smaller white diamonds surround the breathtaking Ceylon sapphire in Kate’s engagement ring, which also features an 18kt white gold setting. Prince William proposed to Middleton in the fall of 2010, while the two were vacationing in Kenya and they were married in London’s Westminster Abbey the following April. 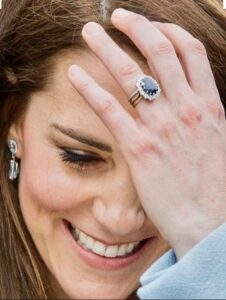 The Celebrities Responsible for Bringing Sapphire to Celebrity Culture

Actresses are also famous for going through several engagement rings throughout their life (Jennifer Lopez has had 4 for example). But some really stuck in our minds. 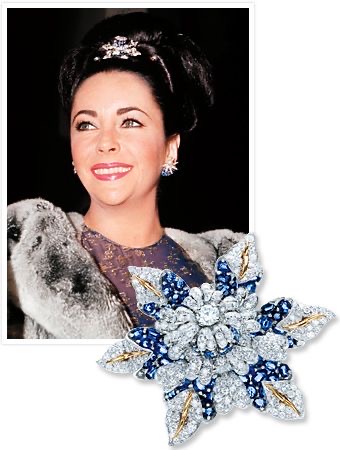 Often regarded as the celebrity woman who is believed to started it all, as the star of the silver screen Elizabeth Taylor’s presence was huge. It is hard to compare her to any modern-day celebrity, and the paparazzi loved her. So, when in 1952, her second husband to be, Michael Wilding, proposed, the press of the time made a fuss about it. Wilding gifted Taylor with a Cachobon Sapphire that featured a domed rather than faceted effect, and from that moment until today, sapphires became the engagement ring of choice for A-list celebs. 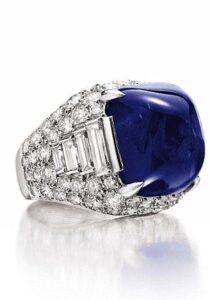 In 2011, when the cricketer Shane Warne proposed to the actress, the ring was one of the most
expensive ever worn by a celebrity. And it is easy to see why. The large square sapphire was given to Elizabeth Hurley by cricket-playing fiancé Shane Warne fits the glamorous style of the stunning British supermodel. The platinum band shows off a large 9-carat, square-cut sapphire with 2-carat, trillion cut diamonds on each side.

The dazzling vintage sapphire engagement ring given to Penelope Cruz by husband Javier Bardem is reminiscent of the one worn by Princess Catherine. Cruz is lucky enough to wear a vintage 3-carat sapphire gemstone surrounded by diamonds to make it look floral. The stones are set on a gold band and are a beautiful example of natural sapphire. Penelope’s sapphire and diamond ring may not be as flamboyant as some of the other celebrity sapphires rings we have seen until now, but it is certainly magnificent and special. This design is extremely unique, vintage, and memorable to say the least.

Talk about a unique celebrity engagement ring. Mary-Kate Olsen’s engagement ring, given to The Row designer in 2014 by fiancé Oliver Sarkozy, is a vintage Cartier piece features 16 dazzling sapphires complete with a four-carat diamond center stone and small diamonds wrapped up the side like petals. The piece was purchased during a Sotheby’s jewelry auction for a cool $81,250 which is actually quite modest among celebrity engagement rings! Reportedly, the pair married the following November at a private residence in NYC in front of about 50 people.

Jenny McCarthy announced that she was engaged to Donnie Walhberg on April 16, 2014, on The View, where she also revealed her massive yellow sapphire engagement ring. Not only does the custom bauble feature a giant, canary-hued center stone, it also features a diamond halo and a slew of diamond baguettes along with the band. Four months later on August 31, they married in an epic event in St. Charles, Illinois, where thousands of roses were on display.

Fashion designer and former pop sensation, Victoria Beckham, has been gifted 13 engagement rings from soccer star husband David Beckham. Her eighth being a gorgeous round cut sapphire ring. Her sapphire ring is most definitely the most exquisite ring of them all. Between its enormous size and vibrant color, the ring is nothing short of mesmerizing. Let’s just hope those four prongs are enough to keep that massive stone in place!

Ms. Richie was one of the first celebs to sport a colored gemstone engagement ring. Hers was especially noteworthy, with an inverted cushion-cut pink sapphire surrounded with pave diamonds. So unique, no other celebrity or famous personality has a ring-like it!

Famous for her long time relationship with comedian Jim Carrey, Jenny has found true love with fiancée Donnie Wahlberg, brother of the famous Mark Wahlberg. With the help of her 11-year-old son, Donnie surprised Jenny with an emotional and adorable proposal at home and a gorgeous yellow sapphire engagement ring surrounded by a halo of diamonds. 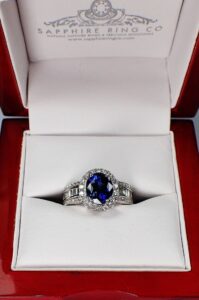 The Impact of Covid-19 on the Engagement Ring Industry

How to get engaged with Coronavirus in 2020

How to get engaged with Coronavirus in 2020